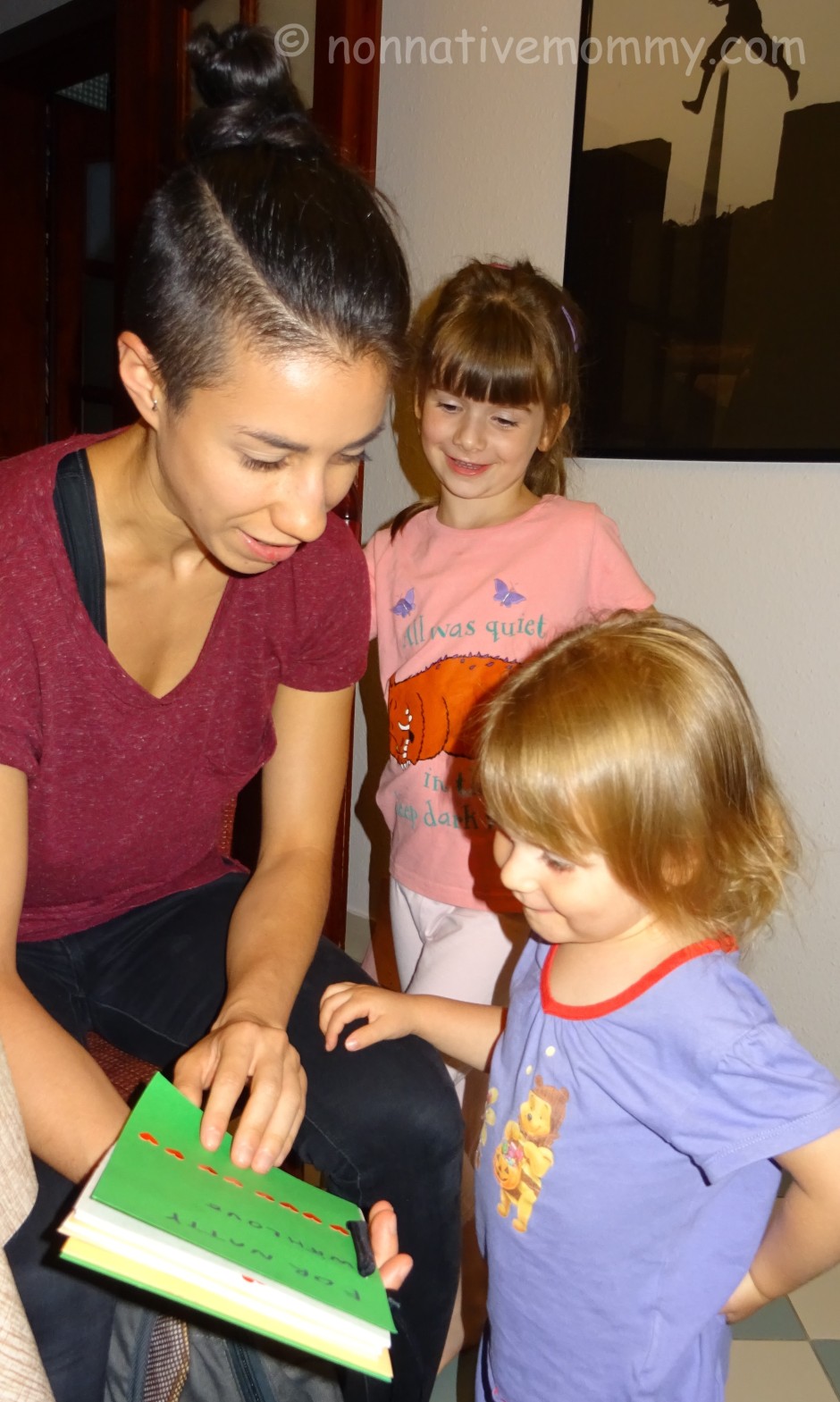 Again the time has come to say good-bye to our 5th, and one of the best nannies we’ve had so far. Our hearts sink but we are lucky to have met her and had her around for such a long time.

We met N, our British nanny, in October 2017 and she stayed with us until the end of June this year. With this length of stay she’s the silver medalist among our nannies (just kidding). However, to be honest, she is the first real nanny to Little L.

As usual the beginning went a bit difficult; it took more time for E to warm up with her, but after a few weeks she was playing happily with N. Little L was more open from the very beginning and wanted to play with N whenever she was around (even when it was E’s session.)

She came 3 times a week: a session with E only, a session with Little L, and a double session with both girls (theoretically it would have been 1 hour for L and 90 minutes for E but towards the end Little L. wanted to play with them too and it was hard for me to keep her away. Though E needed her time with N as they played more “big-girl” games together.)

We had lots of fun with N, who was always in, no matter how crazy ideas the girls had.

L loved playing cars, trains, play dough, football, catch and boom monster, a game the girls made up with N. But they also drew, painted, read books together. L also enjoyed when we went to the playground together with N. 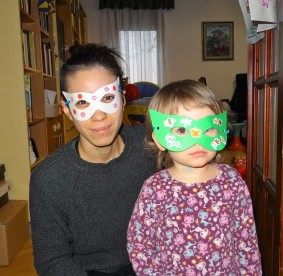 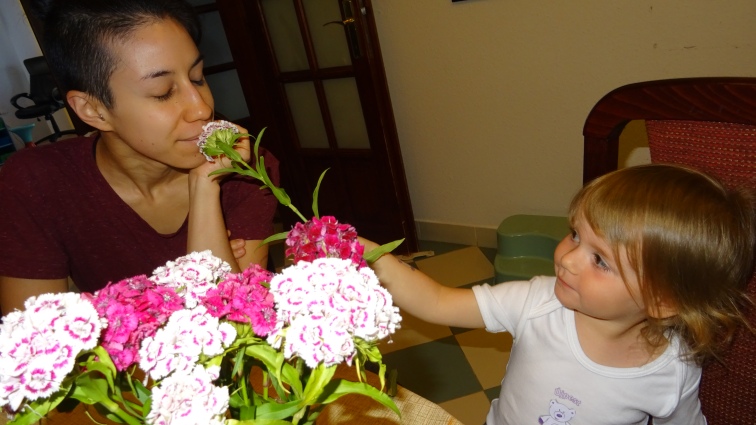 E took N to the land of her imagination i.e. “Waterland”, or forever and ever talked about chemical elements or birds to her and she didn’t seem to get bored with it. What’s more, she came up with great activities within E.’s favourite topics. 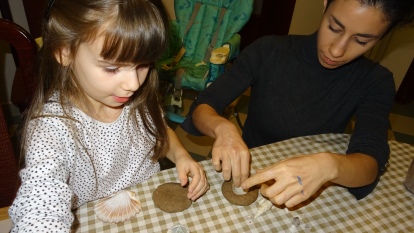 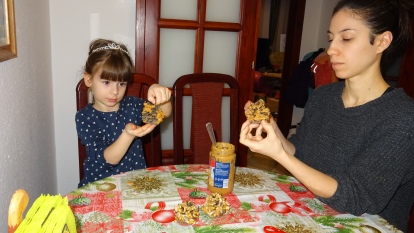 The girls loved when N could stay for dinner, once she even had to watch a Paw Patrol episode with them and few time N supervised the girls during their bath-time.

On her last day we had dinner together again one last time, and handed her a memory book that E and L had prepared for her.

I suppose she really liked it 🙂

We stuck pictures in, E. drew the three of them 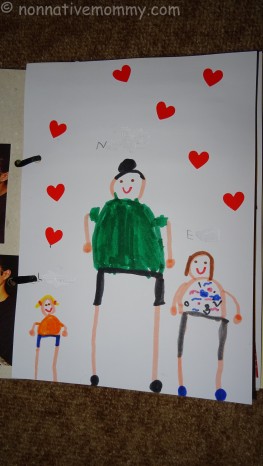 E. noted down all the fantastic memories we had together with N and we also wrote a little poem about the great times. 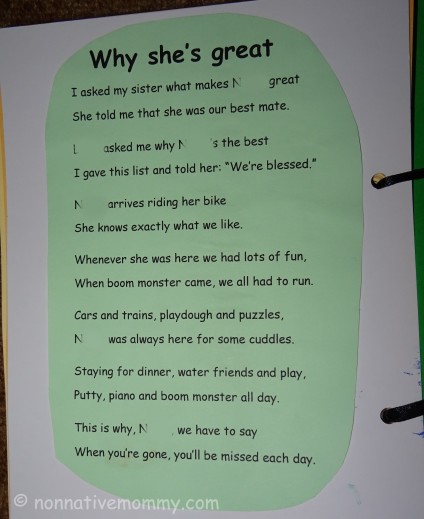 N also gave lovely good-bye presents to the girls: their adventures in rhymes and with funny pictures, E. got a Harry Potter book, L. was gifted with a special jeep, and they also had many boom monsters 🙂 (that E. put on the end of her coloured pencils) 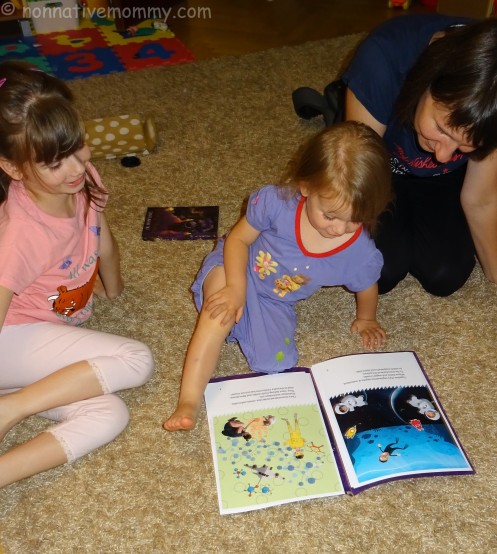 Bye for now N! We were really glad to have you around and although you’ve left you’ll stay with us for good. Thanks for everything!